You’ll never run out of things to do in New York City. Aside from timeless tourist favorites like the Lady Liberty Statue and Central Park, it’s also home to some of the world’s best cuisine, trendy boutiques, museums, world-class hotels, and Prohibition-style bars or speakeasies. In between eating pizza in Brooklyn and browsing art at the MoMa, it’s not hard to fall in love with the city that never sleeps. Here’s our guide to the Big Apple.

With sprawling wall-to-wall windows and a stellar view of the Hudson River atop the High Line, The Standard is arguably one of the trendiest accommodations in the entire city. Its prime location in the Meatpacking District means that it’s close to the bustling nightlife — from the hotel’s own Standard Grill, to the rooftop club LeBain.

Design is king here at this former radio and paper factory — from which the hotel derives its name. It has since been converted into an industrially stylish hotel with loft-like rooms, glorious furniture fashioned out of reclaimed wood, and art in every corner. It is located in the eccentric neighborhood of Long Island City, and has its own morning coffee bar, restaurant, and outdoor garden for cocktails. 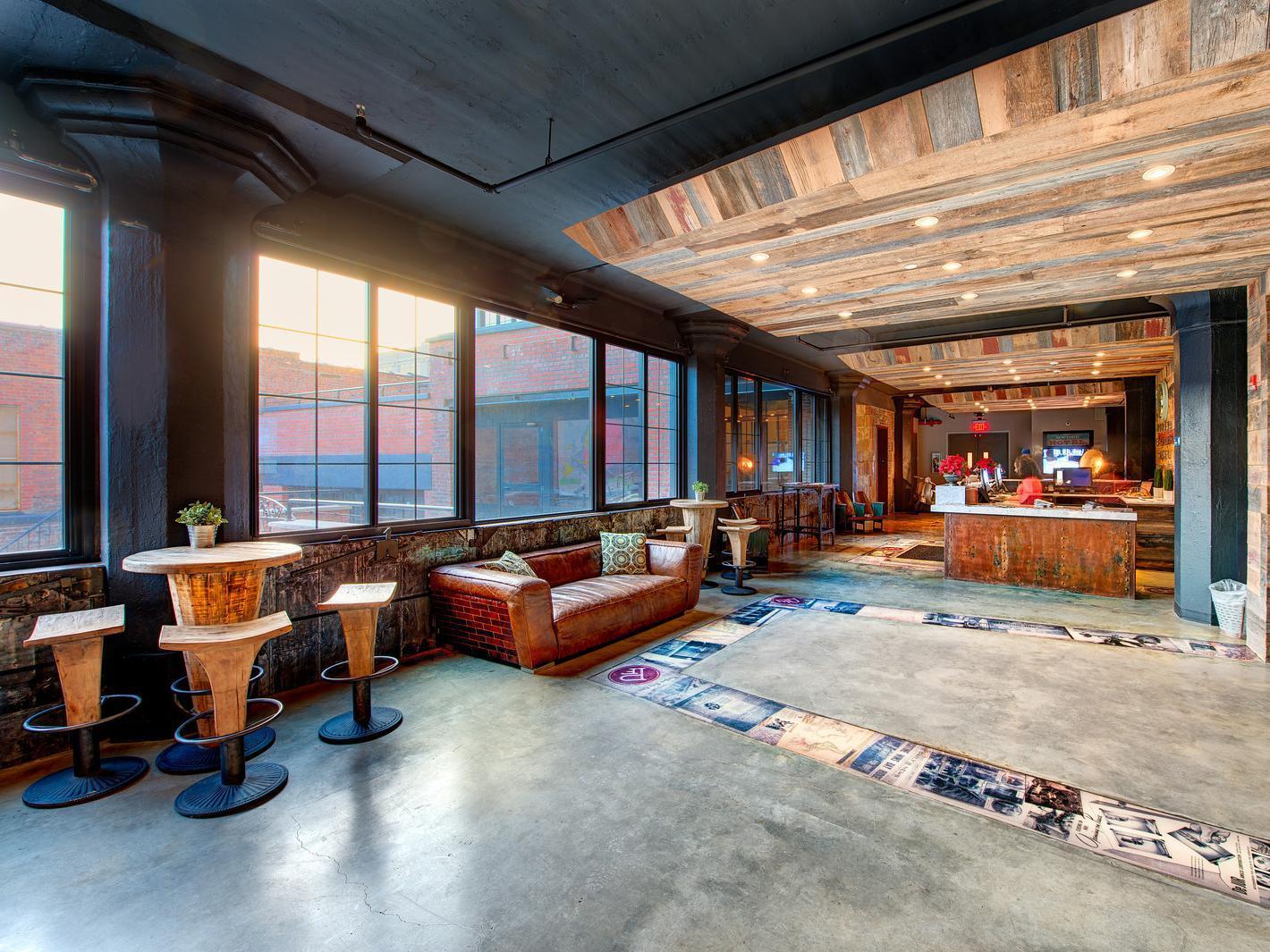 Fast becoming the go-to spot for the young and hip demographic, the Ludlow Hotel in the Lower East Side is every bit of cool. But don’t worry, its trendy facade isn’t all fluff. Step inside its rooms and bask in its straightforward yet chic interiors that are inviting and never intimidating. 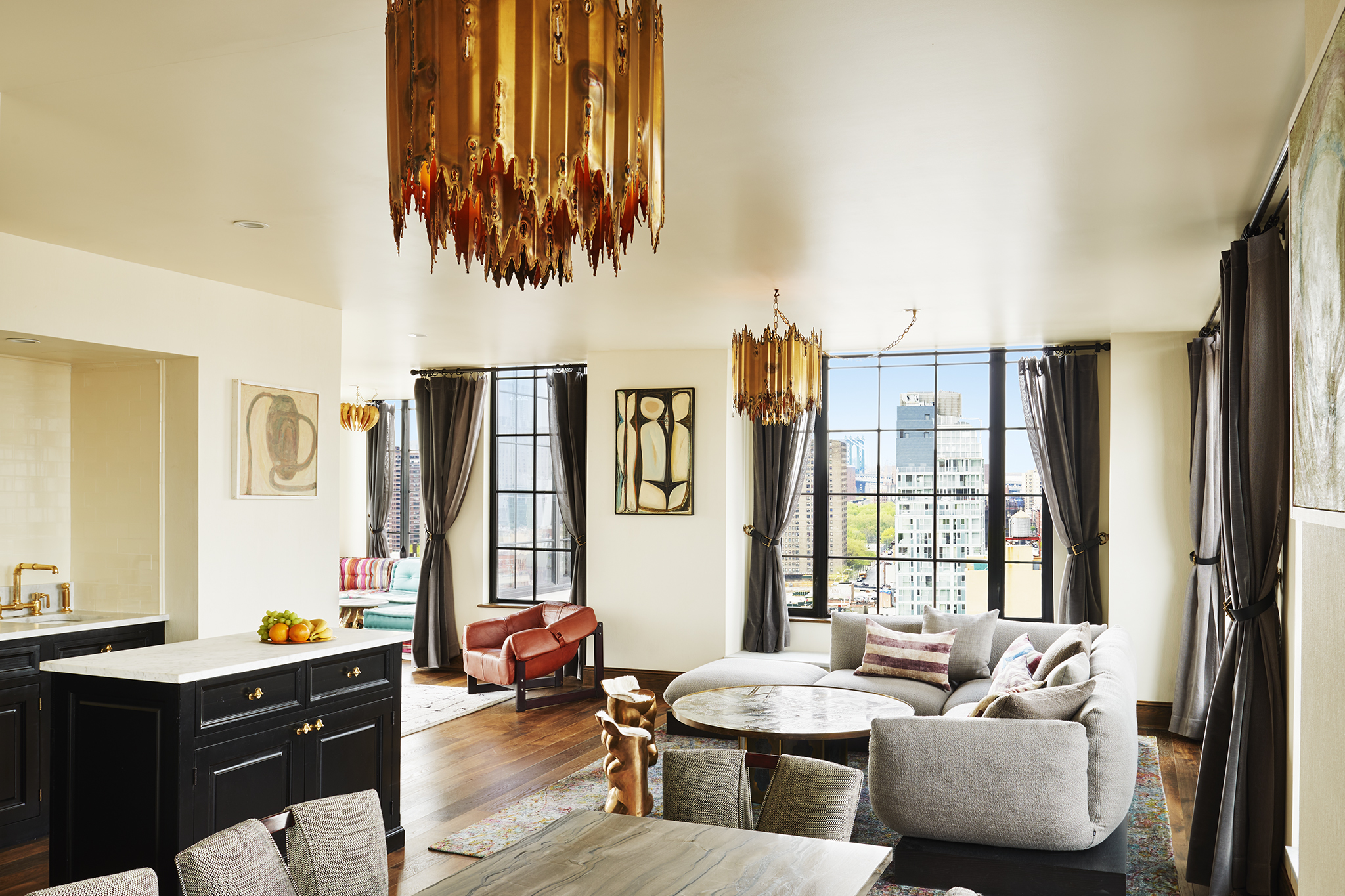 Scandinavian style finds a home in this classy hotel, located right in the heart of Manhattan. Made Hotel boasts captivating views of the city, seen through its airy floor-to-ceiling windows. Inside the hotel is Good Behavior, their eighteenth-floor bar that serves up a mean craft beer and unassuming Tiki-inspired cocktails — great for sipping around their lush garden area. 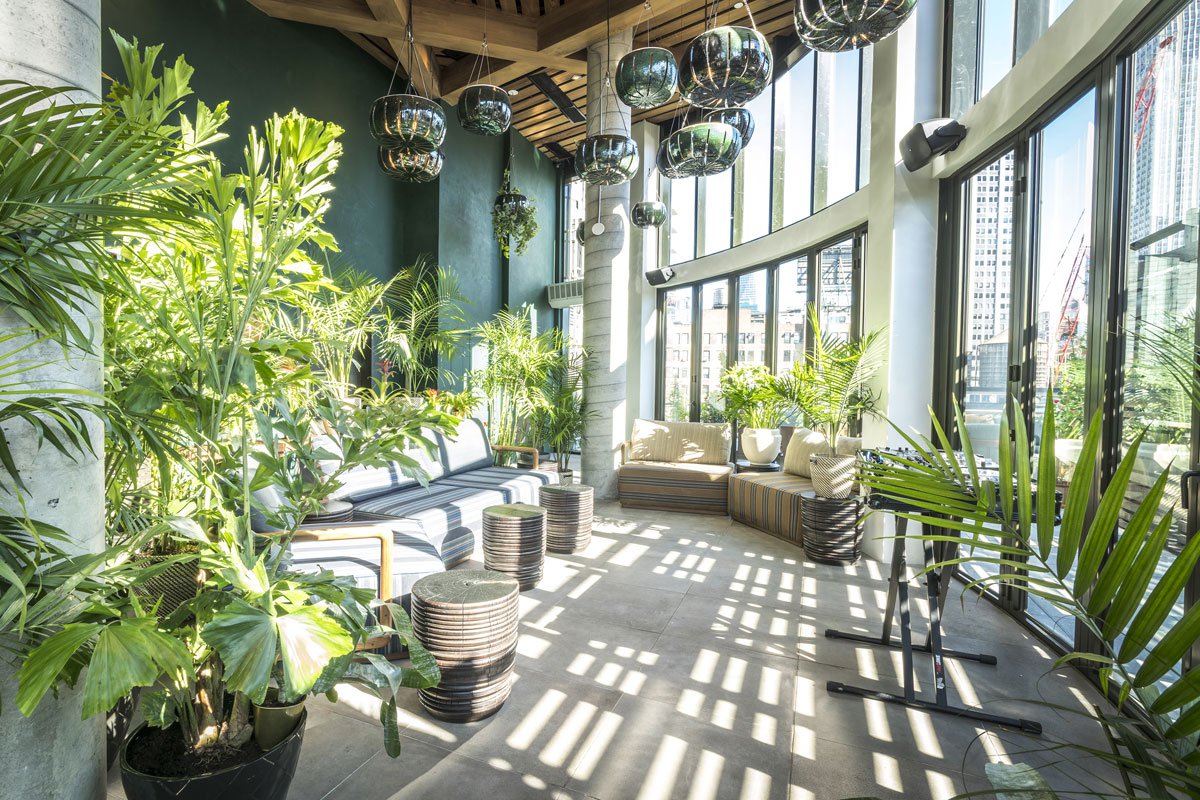 As the popular Union Square Cafe’s little sister, this small all-day café is more understated and straight-to-the-point. You order at the counter and will most likely eat standing up, but Daily Provision boasts some of the warmest service and staff that will make time stop in this tiny, bustling joint. Eater New York advises not to skip their rendition of the egg sandwich — an iconic breakfast staple that has found new life in this tiny café. And of course, don’t pass up chance to try their signature Crullers — a moist pastry explosion of flavor already being hailed as the next Cronut.

Nobody does Vietnamese quite like Madame Vo. With culinary experts Yen Vo and Jimmy Le at the helm, this energetic space serves up some of the most authentic yet modern Vietnamese fare in the entire city. As expected, their pho selection is extensive, but their appetizers and bo luc lac are equally strong contenders. 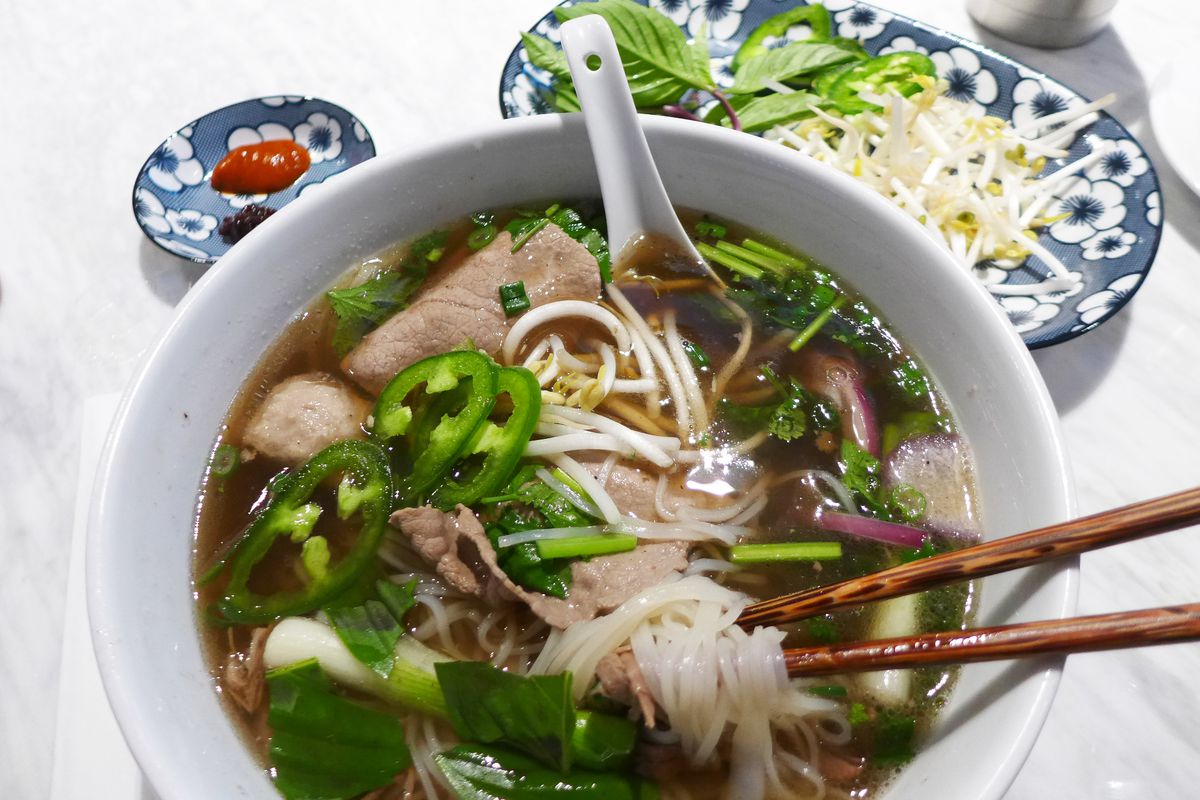 Superstar chef David Chang and the newly appointed Max Ng both draw from their ethnic backgrounds to bring ambitious Asian flavor to the streets of New York. The result is addictive flavor combinations that make up their distinct brand of earthy Meathead cuisine. Not to be missed are the near-mythological pork sausage rice cakes and pork buns, which, after all these years, still manage to attract the same cult fanfare.

Transport yourself to old school Cuba by taking a seat at Victor’s Café. This restaurant, which first opened its doors in 1963, is an elegant space with a vibe that’s between a ‘50s nightclub and a resort. Its live music and tropical decor is sure to make you feel like you just got a VIP invite to a family fiesta. Their menu heavy-hitters are the ropa vieja — a Cuban national dish made of shredded beef, and the roast pig with crispy skin.

For Italian-American comfort food that never, ever fails, be sure to hit up Rubirosa. It’s a favorite for both locals and tourists looking for the best pizza the city can offer — particularly the life-changing vodka pizza. Unsurprisingly, seats here are hot in demand, as they only accept reservations for parties of six or more.

No other joint perfectly encapsulates the traditional Williamsburg spirit than Diner. Dubbed as “the original cool restaurant” of the neighborhood, it is said that their burgers alone are worth flocking to. Feel as adventurous as their menu, which changes and adds new ingredients everyday. Having been in business for over 20 years, Diner is a place that you’ll want to keep coming back to over and over. 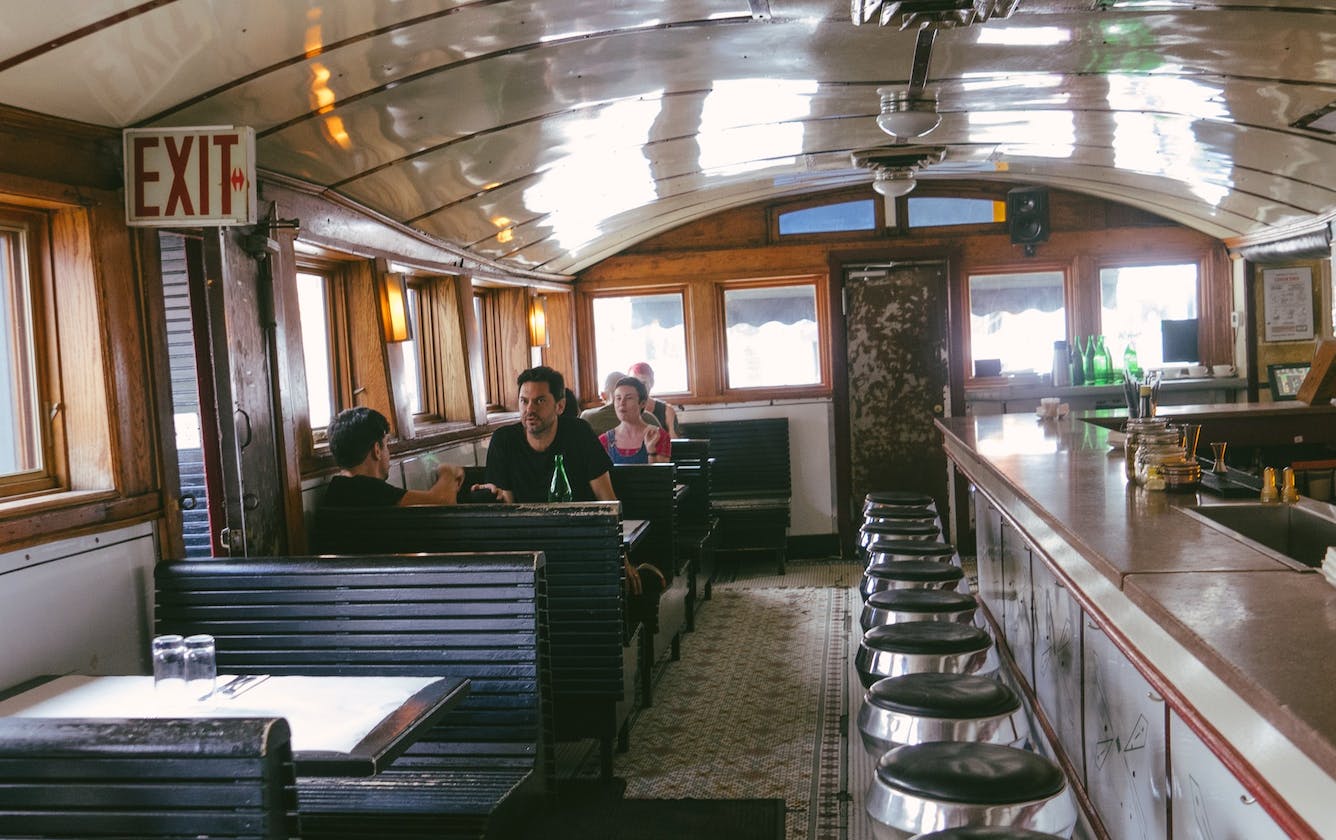 This 86-year-old bookstore is a treat for bookworms and an acknowledged institution of the city. It’s easy to get lost among its towering stacks, which contain a staggering 2.5 million titles (or more).

Once a 1.45-mile-long abandoned freight rail on Manhattan’s West End, the area has since been rehabilitated into an elevated, mixed-use public park now known as The High Line. Nestled 30 feet above the busy 11th Avenue, the High Line is a clever piece of architecture that fuses urban life with nature. 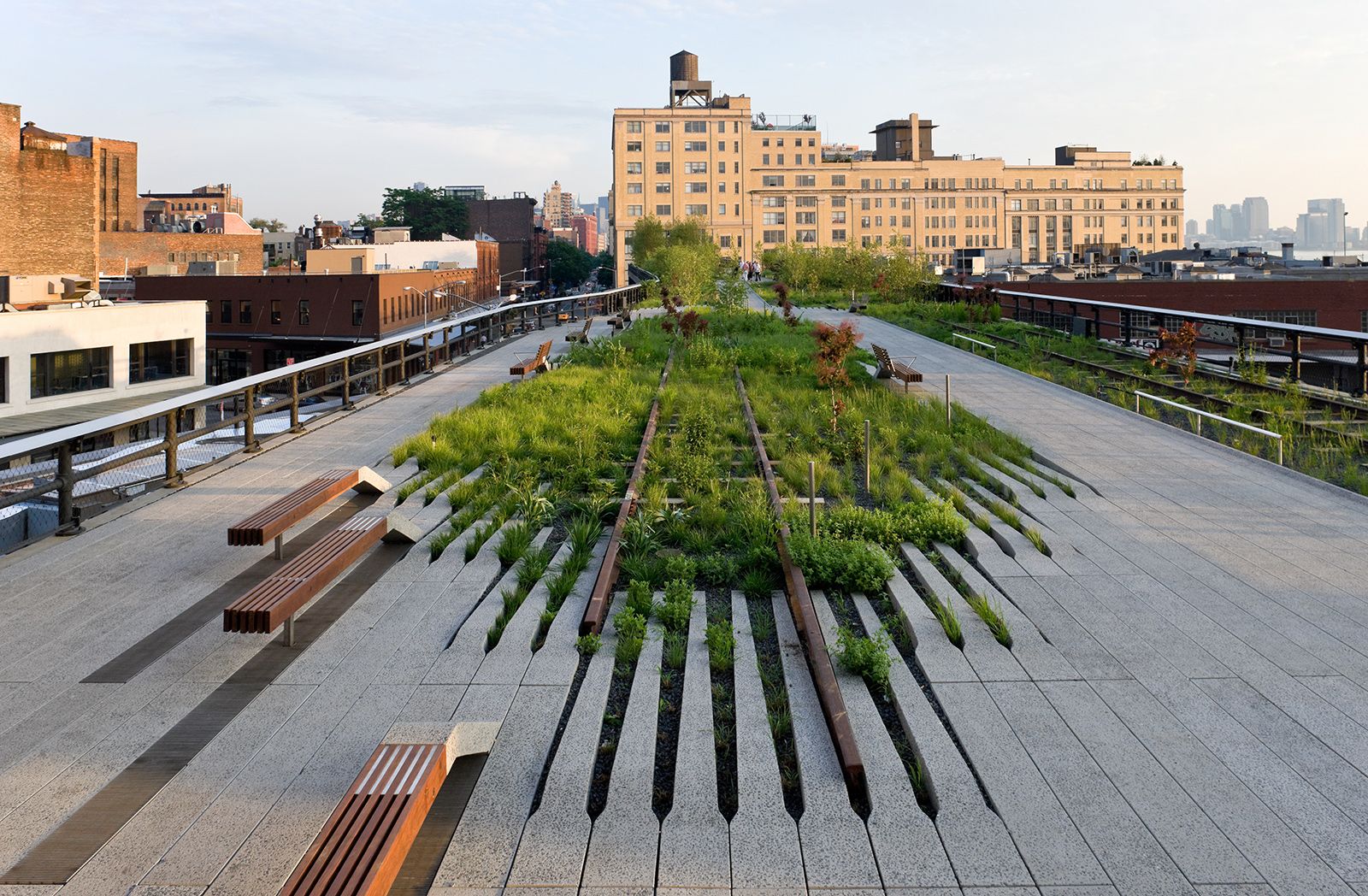 We all know about The Met and The MoMa, but the Meatpacking District’s Whitney Museum deserves just as much attention. Recently relocated from the Upper East Side, its new headquarters is jazzier and significantly more spacious — now housing a whopping 50,00 square feet of indoor galleries, outdoor exhibitions, a restaurant, and a bar.

Its outside exteriors alone are a trip to be had, housed in a magnificent Brutalist-style building by Marcel Breuer. This Metropolitan Museum of Art extension — dubbed the Met Breuer — has a fine selection of modern and contemporary works that are sure to provoke a thought or two. 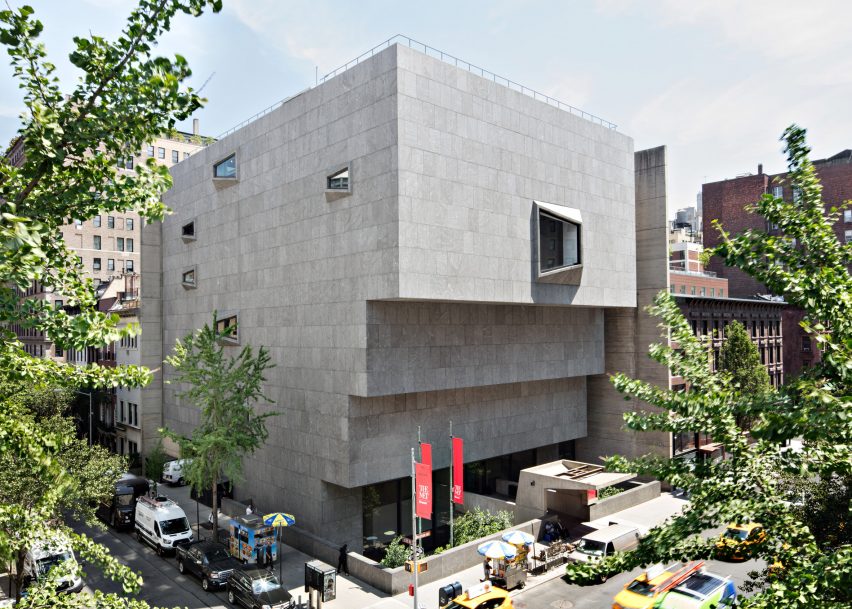 This 19th century warehouse-turned-gallery wears many hats. It has one of the largest exhibition spaces in New York, which is used for a slew of events — from artist residencies and live music shows, to public arts programs and private happenings. But this unconventional venue is more than meets the eye. According to culture writer Pat King, its immersive exhibitions and mind-boggling shows are meant to shake you out of your comfort zone.

What used to be a quiet, clandestine residential community is now one of the most desirable neighborhoods in the city. This is largely due to its generous concentration of original brownstone buildings that fill its streets. Indeed, few structures are as quintessential to New York as the classic brownstone, a type of building from the 1830s. Today, they remain one of the hottest properties on the market. As James McGrath details in a feature on Yoreevo, the average cost of an NYC apartment is approximately $1,000,000. However, brownstones easily exceed that figure, with extra fees like a $10,000 average reservation fee, $15,000 in facade maintenance, and $600 per square foot in insurance — much more than your average New York housing and with the history to boot.

Part retail concept floor and part experimental art space, Dover Street Market is where you can find some of the most fashion-forward brands and luxury streetwear. However, unique to the store is how each brand space fully plunges you into the designer’s world, which is so much better than scouring through steel racks. 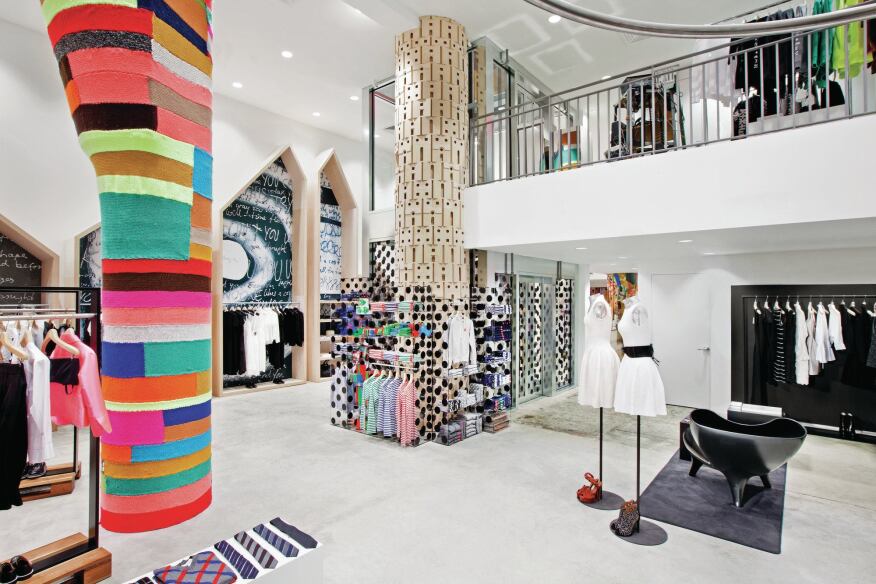