Before heading to our final stop, we took some time to honor our birthday Buddha.

For a small donation, you can grab a bundle of incense, a lotus flower, and a candle. We lit the incense and candle, and carefully placed the gold leaf on both our birthday Buddha and the reclining Buddha in the center. It is a way of making merit, or making a wish.

The day of the week you were born determines which Buddha is yours. Each day is represented by a different posture. It turns out that my sister and I were both born on a Thursday. The Thursday Buddha image is meditating and sitting down with hands folded on the lap. If This is your day as well, you are peaceful, calm and honest, and likely to be a teacher or in the legal profession. Your lucky day is Sunday and lucky color is orange.

Our last stop was Wat Benchamabophit, also known as The Marble Temple. Construction of the temple began in 1899 at the request of King Chulalongkorn after building his palace nearby. The Buddhist temple is located in the Dusit district of Bangkok.

Construction of the temple began in 1899 at the request of King Chulalongkorn after building his palace nearby. It is made of fine marble imported from Italy. There’s a display of Carrara marble pillars, a marble courtyard, and two large singhas, or lions, guarding the entrance to the ordination hall.

The temple is considered one of the most beautiful in the city…and it really was.

Unfortunately, we were unable to go inside since there was a private event going on. We took a leisurely walk around the grounds instead. 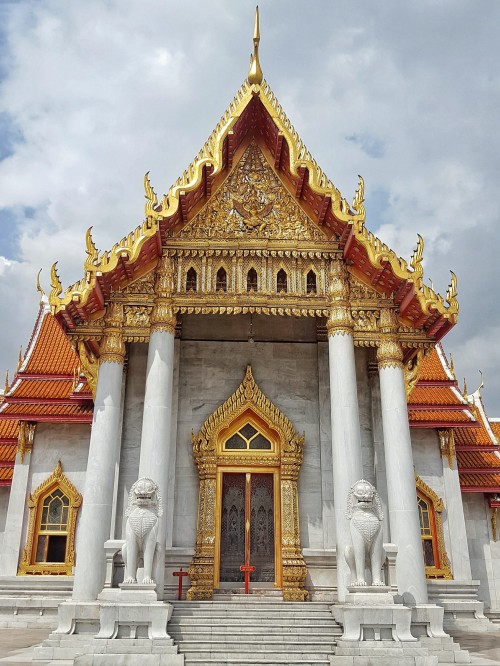 Inside the temple is a Sukhothai-style Buddha statue named Phra Buddhajinaraja.
It was cast in 1920 after the original located in Wat Mahathat in Phitsanulok in northern Thailand. 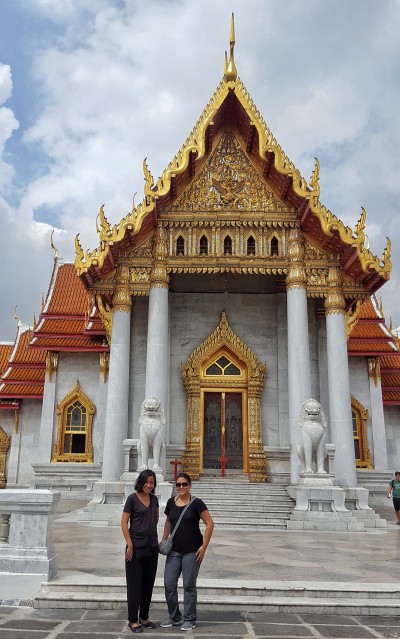