After enjoying a hot salami lunch and a Budweiser brewery tour, it was almost time to for the game between the New Jersey Devils and St. Louis Blues! I stopped by the The Over/Under Bar & Grill for a couple beers and took their shuttle service to Enterprise Center. 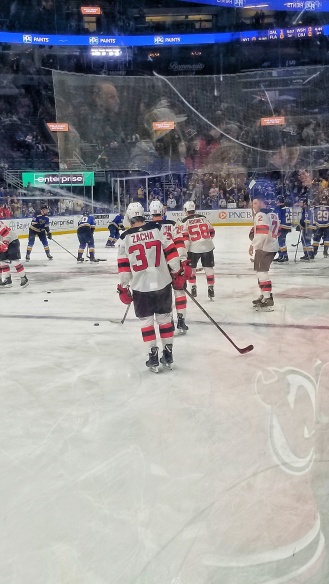 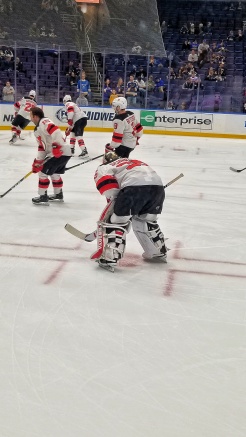 It was another NHL arena checked off the list and I had such a great time. The devils may have lost, but it was a lot of fun. I ended up sitting next to a lovely family and fellow Bergen County resident. 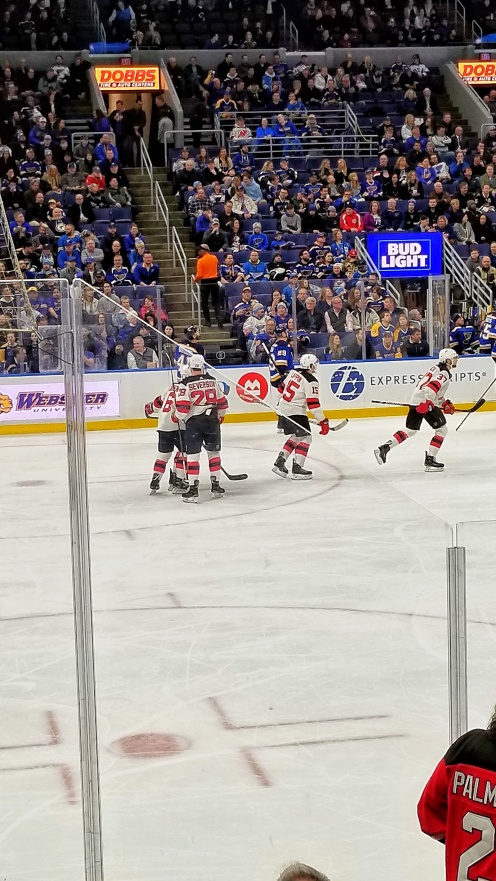 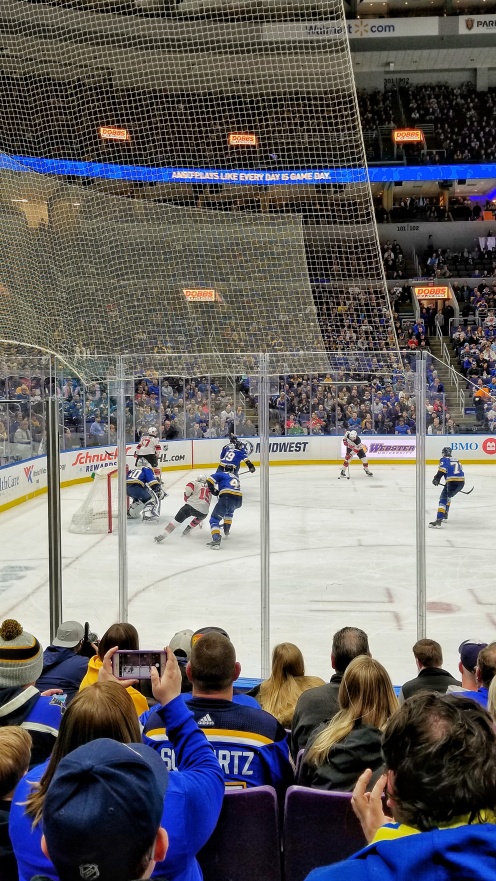 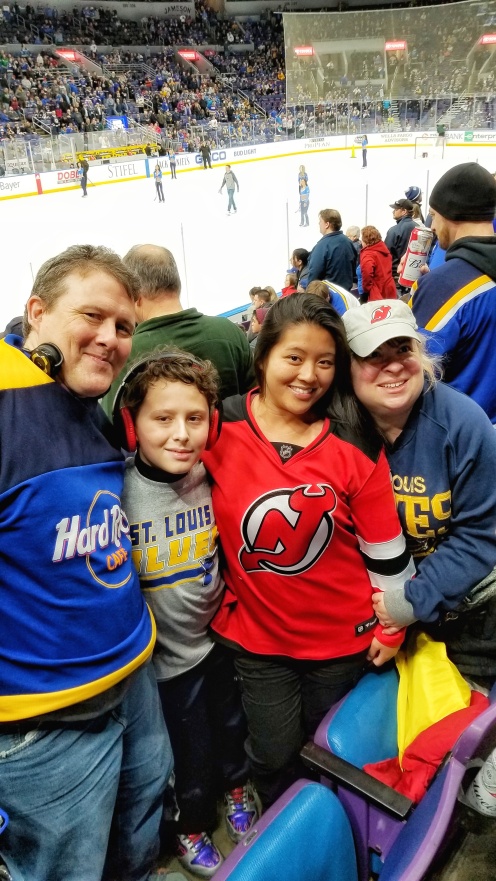 After the game I ended up going to Broadway Oyster Bar for a bit, then went to another bar to meet up with the crew from the first night to say farewell.

The following morning I checked out of the downtown hotel and caught my flight to Chicago for the second half of my hockey trip. You were awesome, St. Louis!

The Hilton Downtown St. Louis At The Arch